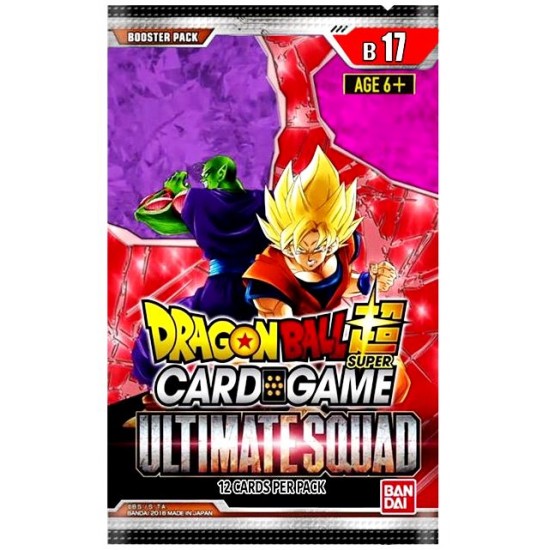 Ultimate Squad is the latest release in the Unison Warrior series, which features warrior groups from across various eras of the Dragon Ball franchise doing battle. Ultimate Squad focuses on the androids and robots of Akira Toriyama's universe with each section focusing on a different saga from the series, bringing hero characters from the Z, GT and Xenoverse together to face off against Cooler's Armored Squadron!

Collect the full set of card types including :-