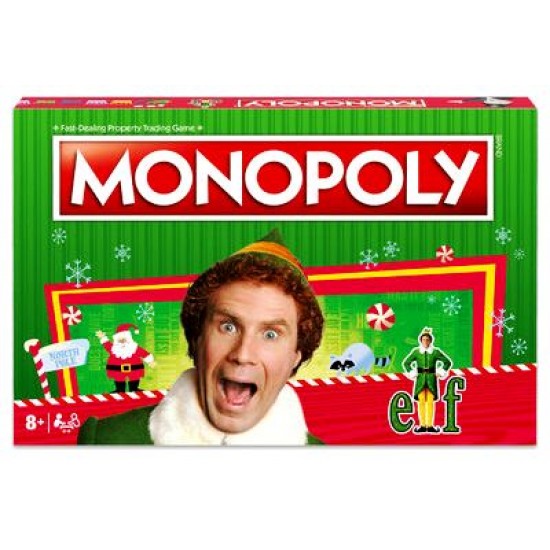 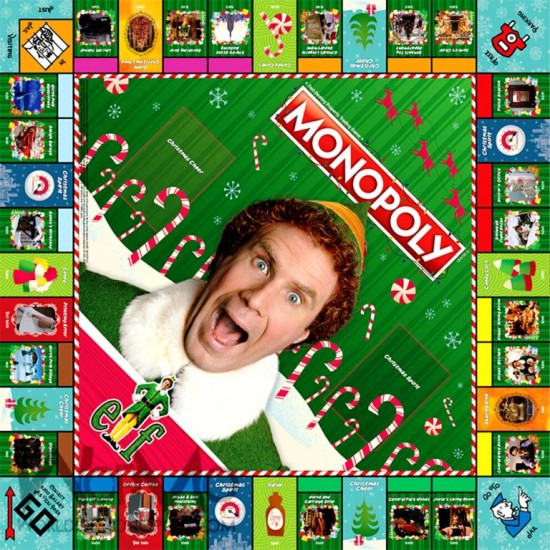 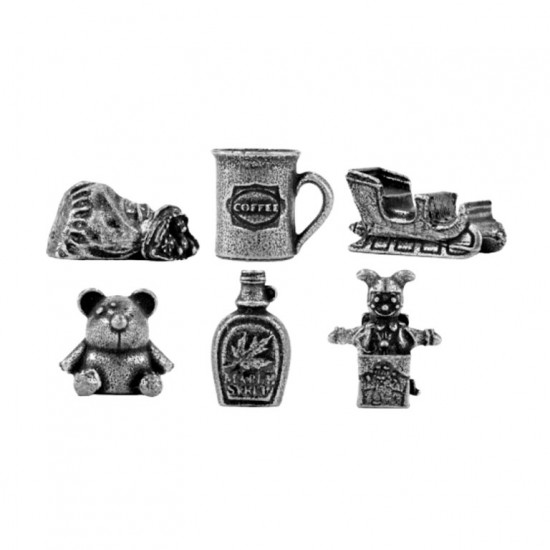 Join Buddy the Elf in the magical land of New York as he explores new places, finds his father and saves Christmas!

Based on the classic Christmas holiday movie, ELF, this special edition of MONOPOLY is a must have for any fan. Relive Buddy's adventures, collecting and trading landmarks from along the path of his journey, including; Santa's Workshop, Gimbels Toy Department and the Lincoln Tunnel. Build apartment buildings and skyscrapers to generate income as well as collecting the four main food groups ... but watch out for the Office Coffee and Printing Error penalties at Hobbs & Son Publishing.

This special collector's edition also features six exclusive playing tokens, including; Santa's Bag, Polar Bear Cub, Coffee Mug, Jack-in-the-Box, Santa's Sleigh and Maple Syrup. Grab your favourite token and your elf shoes then travel around the board spreading Christmas cheer - and don't forget to sing loud for all to hear!